My struggle with Psoriasis

For over a year now I have been inflicted with Psoriasis. I do not know whether ‘struggle’ is an apt word for it though as that word somehow suggests a long winded suffering and fighting. I now know that many do struggle and suffer for long time. I have read about people who skin is red and raw going to the Dead Sea in search of a cure or at least relief from the constant itching and peeling of the skin.

Psoriasis is a condition that baffles doctors even on the 21st Century and as such there is no known cure. Although as a Muslim I believe that there is no disease that Allah has not sent a cure for. For many months I didn’t even bother seeing a doctor because I didn’t want to waste their time, so I searched myself.

I tried so many creams, Vaseline, Cocoa Butter, E45, Sudocrem, Aveeno. But none of them helped the itching or the dryness.

And then finally one morning I was in a lot of pain I decided to call the doctor. I did not get to see the doctor but a nurse who tried to figure out what the skin condition was. She finally  decided it was Psoriasis and prescribe me a steroid cream. I applied the cream, praying for some relief but I did not get any relief.

I tried to distract myself so I wouldn’t itch. And I washed my skin with cold water. I have to say the cold water was a blessing but I couldn’t stay immersed in cold water forever. Do that relief was temporary and the itching was making me mad.

And then I finally found Apple Cider Vinegar. I applied it neat to the afflicted areas and it stung! So I diluted it with water and felt such a relief from the itching. But it made me smell of vinegar and so I decided I would drink it in water daily and see if that helped. The apple cider vinegar was amazing.

But the products that have helped me the most are the Dead Sea spa Magik salt and lotion. I can see the new skin forming and the crusty skin falling off. I love soaking my feet in the salt. 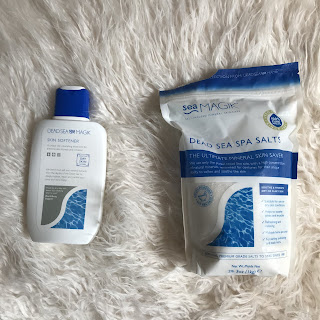 It is such a beautiful time of the year and we are heading towards the end of Autumn. There are so many leaves on the ground, I could not re... 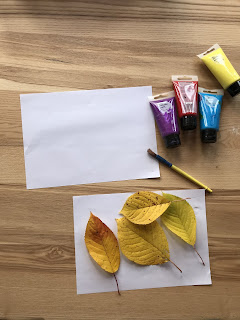 Sona
Salaam and Hello reader! My name is Sobia Naseer (Sona). I am a married mother of two beautiful kids. I started this blog because I wanted to write, so please read it and let me know what you think.